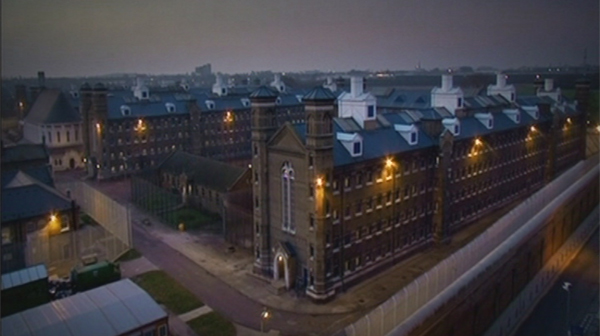 ‘Wormwood Scrubs, one of the most vivid and compelling documentaries seen anywhere on television for years, let alone on ITV1.’

‘It’s a brave thing for HM Prisons Service to do, letting the cameras in – one which I imagine took a lot of negotiation… It’s a proper, honest, warts and all portrait, and a real eye opener.’

‘This is brave, sensitive storytelling which coaxes out real-life characters with more self-conflict and pathos than you’ll find in any gritty prison drama.’

‘This is a well-crafted ob doc, with extraordinary and intimate access maintained even in the most challenging situations.’

‘Pick of the day’

- The Guardian, The Observer, Time Out, The Mail

‘Documentary of the Week’

Wormwood Scrubs prison is one of Europe’s largest jails, holding over 1,200 male inmates, from drug addicted petty villains to sophisticated thieves and extremely violent, often disturbed, criminals. Some wings hold over 300 prisoners, many of whom are drug addicts and with sometimes only 12 guards to keep order, bullying and violence can be a daily occurrence.

Brought to you by the team that made the acclaimed Holloway documentaries, this new series follows the frenetic lives of prisoners and prison officers who make up this complex, noisy and disturbed community. The problems are vast – drug addiction, bullying, psychopaths and many really missing their loved ones.

Attracting an incredible 5 million+ viewers for each episode, these dramatic and moving films give an extraordinary insight into the work being done to the keep this huge prison on track.