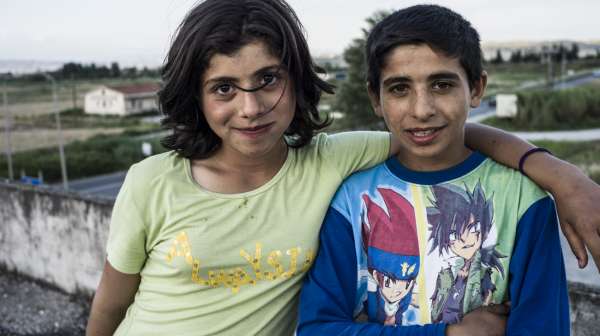 Those of us who thought that TV had long since given up public service broadcasting were heartened indeed to see The Forgotten Children given a viable slot in the schedule, 9pm, and a serious subject treated with the respect it deserves.

…this documentary follows the tragic stories of refugee orphans stranded across Europe. A distressing film that will break your heart.

If you’ve become numbed by the footage of destruction in Syria, you need to watch this. It’s a sharp reminder of the human cost of war…

The Forgotten Children will stick in the mind long after the end credits.

‘Critics’ Choice Pick of the Day’

What’s it like to be a child with no mum, no dad and no home? How do children forget the horrors of war or a journey where their parents died? Wild Pictures moving film The Forgotten Children follows refugee orphans in Europe who face violence, exploitation and prison.

88,000 refugee children are now stranded in Europe without their parents. They believed they would be safe here but many have faced violence, police brutality and hundreds have been imprisoned in detention centres and police cells. Alone and afraid, many are vulnerable to trafficking gangs and sexual exploitation. Syrian orphans 12-year-old Nagham and her brother 13-year-old Mohammed escaped the city of Aleppo; one of the most dangerous places on Earth. Their home is now a small tent in a derelict petrol station in northern Greece. Having left a government run camp after violence erupted, they now worry about their own safety as a child living in the same building is kidnapped – it’s a common occurrence. 10,000 children have gone missing since arriving in Europe…

The Forgotten Children follows the heart-breaking stories of refugee orphans across Europe. Governments have moved many of the children into state run camps and closed the doors to journalists. This film gives a voice to the children and hears their disturbing stories of suffering and survival.