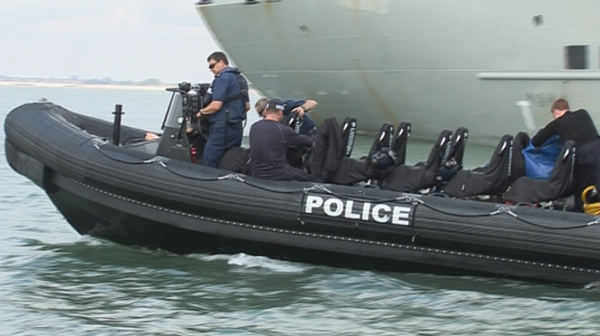 ‘Ridiculously watchable documentary considering it mainly revolves around customs officers foraging in the backs of lorries and laboriously ripping duct tape off.’

‘The UK Border Agency is in the front line in the battle against smugglers, and this first of a two-part documentary makes for often eye-popping viewing.’

The UK is a country of choice for smugglers. We are Europe’s prime destination for smuggled cigarettes and the leading consumers of cocaine.

This compelling new series follows officers as they seize huge consignments of drugs in underwater attachments on ships or in secret compartments on lorries, showing the extraordinary lengths to which crime gangs will go to beat our border controls.

Officers acknowledge that any success they have is often short-lived as what they stop is the tip of the iceberg. In fact they estimate that for every one seizure of drugs another nine get through undetected.

This high-adrenaline series offers the rare opportunity to see our officers at work and gain an insight into the huge intelligence network behind them.