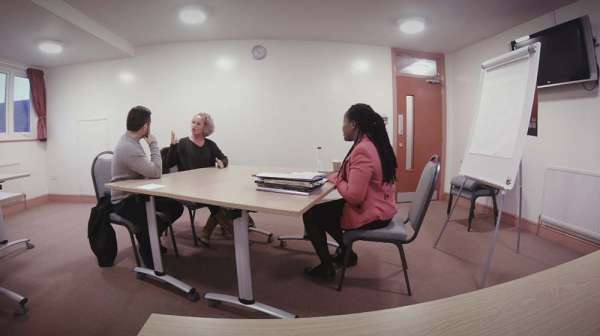 This is the first in a new series which explores the work of National Family Mediation, a network dedicated to helping feuding, separating or divorcing couples to reach a compromise and thus avoid costly court battles. It’s illustrated with real-life cases and it’s utterly fascinating. Helpful, practical, intelligent television.

Here the relationships are over; every last trace of love has evaporated and nothing is left but bitterness and smouldering rage. Like all conflict, though, it makes for compelling television.

Everyone deserves respect and thanks for letting the cameras in, because the result is a fascinating insight into a world you would normally only ever see from the inside.

Mr V Mrs was utterly compelling not least because all of us know someone who has been through a bitter marriage break-up.

Wild Pictures gain unprecedented access to the private world of family mediation. Behind closed doors and through the lens of fixed rig cameras, we see couples come face to face to try and resolve their volatile and sensitive disputes over money, children and property in a last-ditch attempt to avoid a courtroom battle …

Will they manage to reach agreement without resorting to the courtroom…