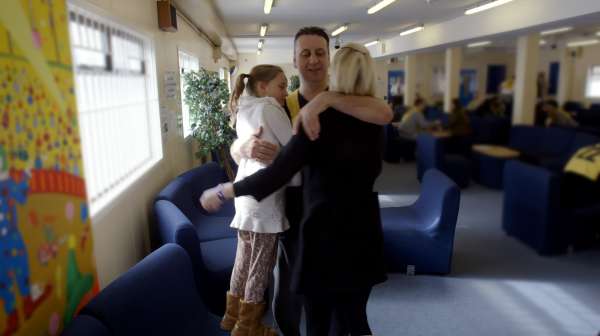 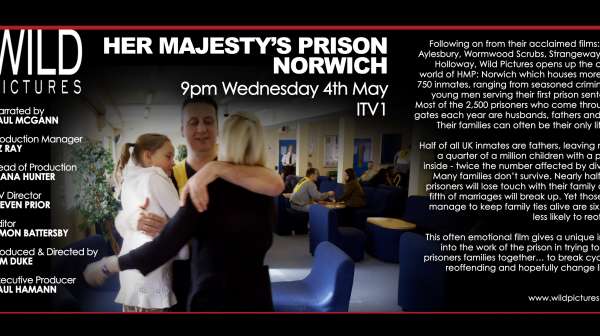 ‘This unsensational documentary goes inside Norwich prison where 800 inmates, many in for drugs or violent crime, have to get on.’

‘ITV has broadcast telling glimpses behind the walls of prisons from Strangeways to Aylesbury, with enlightening results. This latest documentary from the same production company examines the impact of separation from family members on those both on the inside and the outside.’

‘The film of prison visits is heartbreaking in itself. An eye-opener.’

‘This eye-opening one-off goes behind the gates to reveal that life behind bars is far from a cushy ride – for both inmates and their families.’

Following on from their acclaimed films: HMP: Aylesbury, Wormwood Scrubs, Strangeways and Holloway, Wild Pictures opens up the closed world of Her Majesty’s Prison: Norwich which houses more than 750 inmates, ranging from seasoned criminals to young men serving their first prison sentence. Most of the 2.500 prisoners who come through its gates each year are husbands, fathers and sons. Their families can often be their only lifeline.

Half of all UK inmates are fathers, leaving nearly a quarter of a million children with a parent inside – twice the number affected by divorce. Many families don’t survive. Nearly half of all prisoners will lose touch with their family and a fifth of marriages will break up. Yet those who manage to keep family ties alive are six times less likely to reoffend.