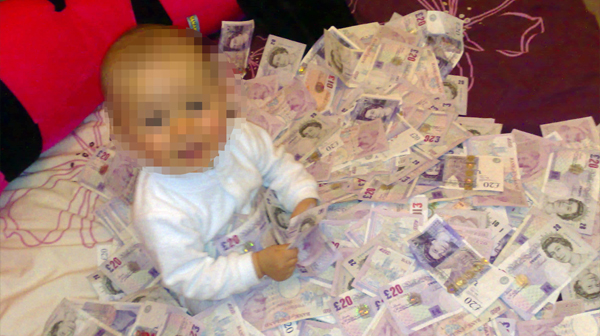 ‘Essential viewing should you ever be considering using a bank’s ATM machine on London’s Oxford Street.’

‘This documentary serves as a warning to be even more vigilant – unless you actually want to fund a Romanian criminal gang.’

Fraud Squad lifts the lid on the organised crime gangs making millions from cash machine crime. With exclusive access to The Dedicated Cheque and Plastic Crime Unit, Fraud Squad reveals how the gangs use a vast array of sophisticated equipment to steal customers’ bank account details.

One nationality has a monopoly on the trade, the equipment and the rewards. 92% of ATM crime in Britain is committed by Romanian gangs. Fraud Squad trails detectives as they tackle the Romanian gangs and uncover a working ‘ATM factory’ in which one gang had stolen over 4,000 account details, worth over £2 million.