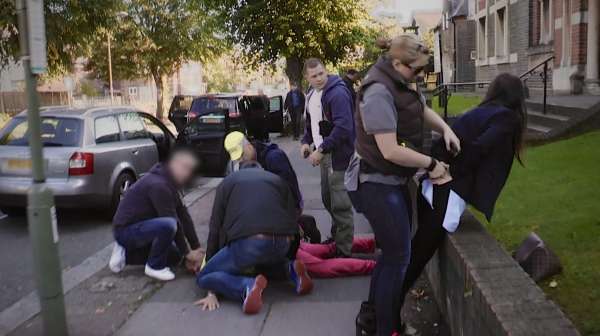 Every day in Britain, 100 people become a victim of fraud shopping online. With exclusive access to the London Regional Fraud Team, ‘The eBay Scammers‘ trails detectives as they investigate a new multi-million pound fraud targeting thousands of eBay customers.

Detectives place a Romanian gang under surveillance. The gang led by a man known as ‘The General’ is making millions of pounds. Detectives discover that ‘The General’ controls a sophisticated international money laundering operation. They watch as his gang lieutenants fly Romanian money mules into Britain every week to open up bank accounts using fake identities. ‘The eBay Scammers‘ follows 150 officers as they raid dozens of properties across London and discover the money from the fraud is funding a luxury lifestyle and fuelling other crimes including drugs and prostitution.