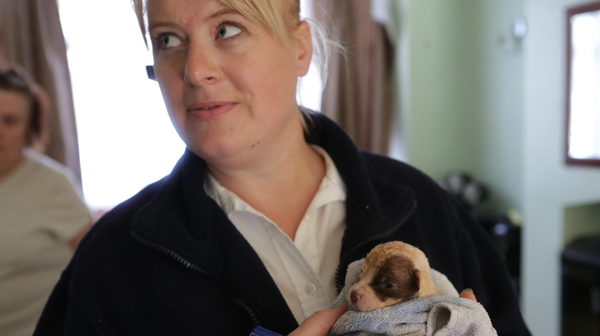 ‘This gritty two-part documentary, narrated by Suranne Jones, examines what makes dogs dangerous, why they are on the increase, and the attitudes of some of the owners-which will make your blood boil.’

Dangerous Dogs takes a graphic look at the dramatic rise in the number of dog attacks in the UK. During the making of the series, three people in the UK were killed by dogs and over 6,000 people were hospitalised after dog attacks last year.

We are apparently a nation of dog lovers but Dangerous Dogs reveals there are underfed, abandoned and un-socialised dogs in homes across the UK. Rescue centres are also overrun with unwanted dogs. The series explores what constitutes a dangerous dog and, most importantly, what creates one?

Every serious dog attack sparks an outcry and a string of ‘devil dog’ headlines. This series looks beyond the headlines and explores whether the root cause of Britain’s dangerous dog problem is irresponsible owners? Following dog wardens from across the UK on the front line we see the very real danger they face from both the dogs and their owners.