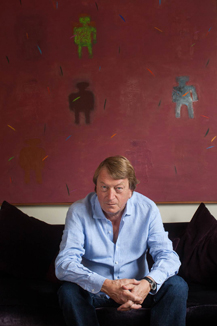 We are one of the UK’s leaders in documentary making. We have a strong reputation for making access-led films with high production values which are produced with intelligence and sensitivity that focus on major institutions, social issues and strong human interest stories.

Our aim is to produce innovative documentaries with privileged access to tell original stories.

We produce award winning documentaries on often complex issues and foreign affairs such as: The Forgotten Children (ITV1), Stalkers (BBC One), The Funeral Murders (BBC Two), Women Who Kill (C4), Execution of a Teenage Girl (BBC2) and The World’s Tallest Man (Discovery). We tell bold stories through the eyes of well recognised presenters: Miriam Margolyes Miriam’s Big American Adventure (BBC One), Anne Robinson The Trouble With Women (BBC One), Terry Jones In Charlie Chaplin’s Footsteps with Terry Jones (ITV1), and we have uncovered the lives of notorious killers: Ian Brady, Myra Hindley and Dr. Harold Shipman.

We have gained unprecedented access to: The Kremlin, Her Majesty’s Prison Service, Indiana State Correctional Facilities (US); specialist police units including The City of London Police Fraud Squad, The Met’s Police Firearms Unit CO19 and The British Army.

At Wild Pictures we focus on creating inspiring films with people rather than about people. We build trusting, transparent relationships with our contributors and we keep our promises. Our films are engaging and insightful, taking viewers into worlds they may never otherwise witness.